Last year WTC was awarded a $2 million contract to deliver the 185MVA 220/33kV power transformer for the ACCIONA’s Mortlake South Wind farm, located in South West Victoria. The wind farm is one of six new renewable energy generation facilities that have been successful in the Victorian Renewable Energy Target (VRET) Reverse  Auction, securing a 15-year support agreement with the State.

The manufacturing of the transformer was completed early February 2020 with the official unveiling event taking place on 7 February at WTC’s factory in Glen Waverley.

“It gives us all great pleasure,” said Ed Wilson, “to contribute to the local renewable energy sector and support the reliability of Victoria’s electricity supply. We are grateful for the Victorian Government’s VRET initiative, which encourages large developers to connect with local business to build and support local capability to benefit Australia and local communities.”

The 125-tonne load was transported to the site, where it is now being installed in the sub-station to play a critical role in facilitating the export of electricity from the wind turbines to the electricity grid.  Once operational, the Mortlake South wind farm will generate enough clean energy to power 115,000 houses.

The Mortlake South wind farm is the second project WTC delivered to ACCIONA. In 2017, the Company supplied two off 80MVA 66/33kV power transformers and  44 off 3.5MVA 33/12kV distribution transformers for the Mt. Gellibrand wind farm, located in the south-west Victoria. 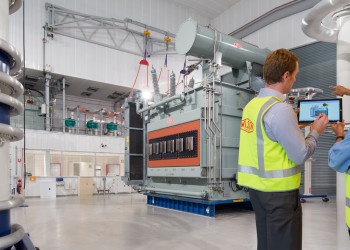 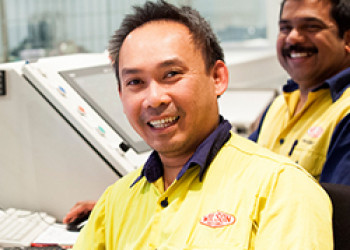 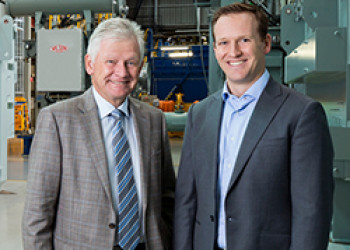